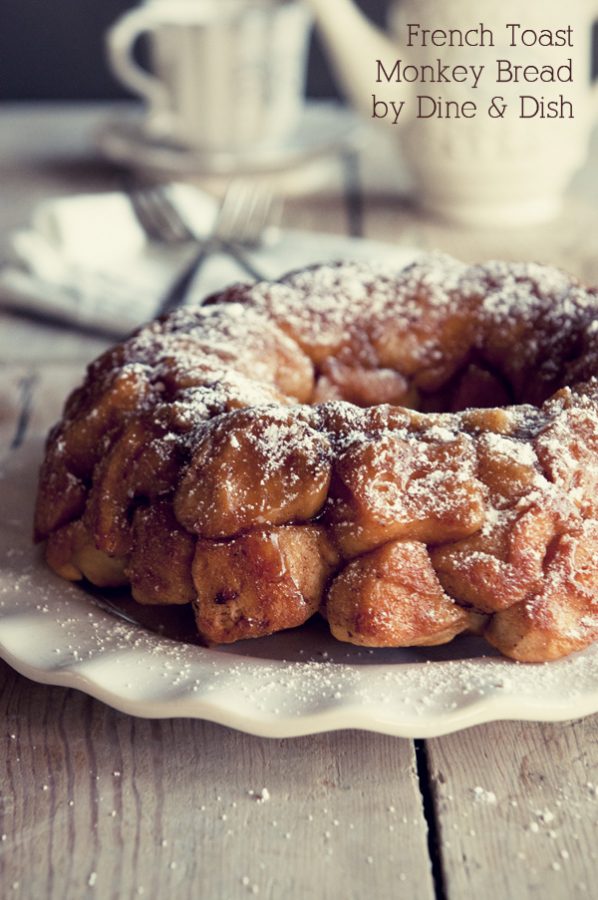 There are things I do when no one is watching that I’m not so proud of. Today, I took a giant swig of my coffee creamer.. by itself… WITHOUT the coffee.

I couldn’t help it though. Have you tasted the International Delights Cold Stone Creamery Sweet Cream coffee creamer? Holy cow, that stuff is good. I mean really, really good.

I’ve also been known to take a nibble of KerryGold butter, by itself. We won’t get into that now though.

Back to the creamer, meant for coffee… 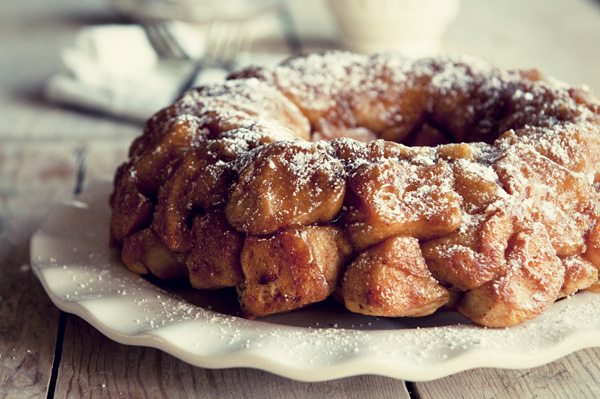 I have it bad for the creamer. So bad that I knew I couldn’t have it around or I would be sneaking drinks of it, without my coffee, more often than I’m willing to admit. But, what could I make with coffee creamer to eliminate its temptation? That was the question.

As I was pondering, my mind went back to the time I made Eggnog French Toast. That was soooo good. And coffee creamer is kind of like eggnog, right? It’s thick and creamy and flavorful. But, I didn’t want French Toast. I wanted Monkey Bread. So I did what any normal person would do and made what I am calling French Toast Monkey Bread, and used my International Delight tastes so good it should be illegal coffee creamer to up the ante on this creation.

This Monkey Bread isn’t actually toasted…but each piece is dredged in a thick and creamy egg custardy situation, with cinnamon and brown sugar and all that’s good in the world.

Who knows what you’ll do when no one’s watching with something this good around?

Naturally, this can be made with regular whipping cream instead of coffee creamer (but why would you?). I topped mine with a buttery brown sugar mixture, but I wonder what would happen if you used a maple syrup concoction instead, for a more “French Toast” topping flavor? I’m going to find out soon and will let you know! 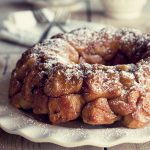 A unique twist on an old favorite - French Toast Monkey Bread! Great for breakfast or for snack! 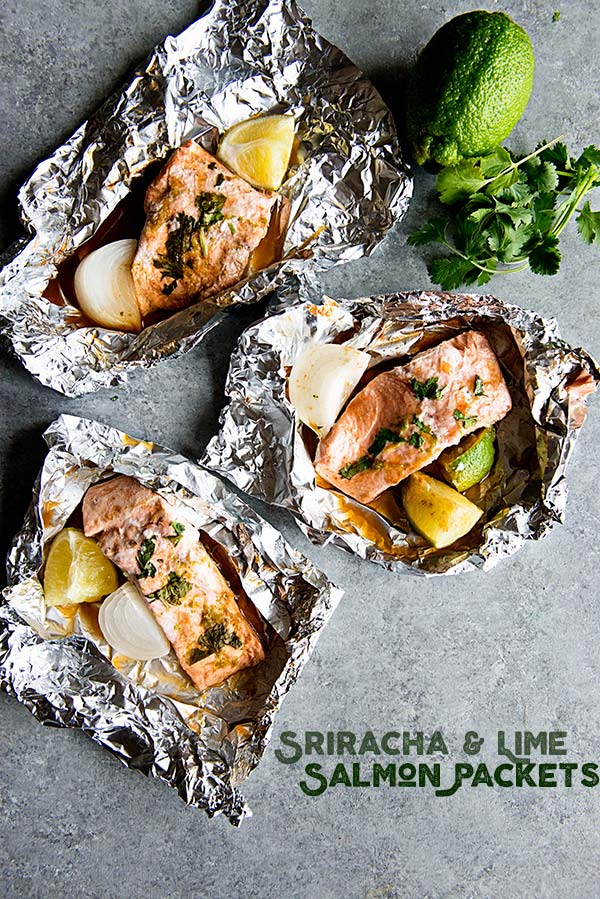 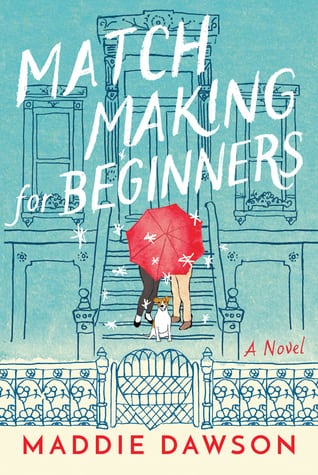 Open
Anyone else obsessed with live cams of public plac

Open
If I could spend my life anywhere, I would choose

Open
Cheers to the weekend, all my pre-COVID library ho

Open
“When I think about racism in America, I imagine

Error: API requests are being delayed for this account. New posts will not be retrieved.